Why I Left Greece For The Bournemouth Tech Sector 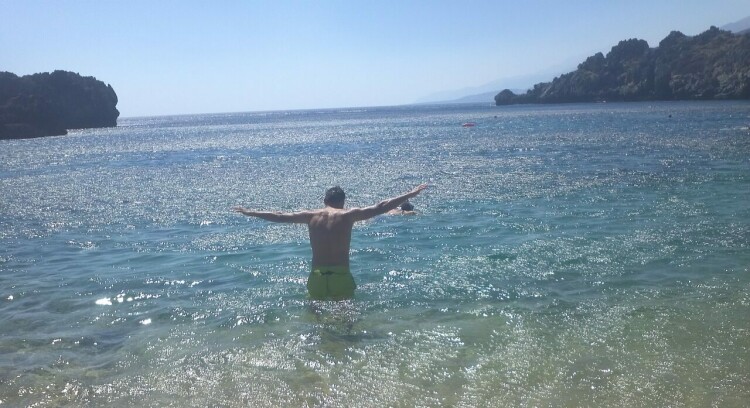 Origins of an Android developer...

I grew up on the island of Crete in Greece, believing I would always breathe the same air, touch the same ground and see the same sky.

As a masters graduate in computer science I was working as a researcher for a Foundation in Technology, but by the time I was 27 my career began halting in its tracks; there was a huge lack of opportunities for someone in my role and organisations within this sector.

I wanted to develop my abilities and use them to make a difference with the work I was doing; the entire reason I chose this career path in the first place.

Enough was enough. It was time for a change.

Something a lot easier said than done, but absolutely necessary was living somewhere with a booming tech industry and developer roles that would push me to achieve things I wanted in my career.

You can call it ambition or naivety, but I was determined to find developer paradise at all costs.

They say moving house is difficult...

Moving country is more so. The UK has some huge contrasts to Greece (mostly the weather), from driving on the left-hand side of the road to an entirely different religious background.

London was the first place I started looking, but it wasn’t the only place. In fact, I was almost immediately drawn to Bournemouth as a digital hotspot for startups and agencies. (although the beach may have also played a part in this).

One other thing that stood out to me was the networking opportunities, Meetdraw organises events for the digital industry, I’ve been to several of these and they’re exactly the kind of thing I could never find in Greece.

Aiming to share a collective passion and bring together influencers in all stages of their careers, the last Meetdraw involved networking, ice-skating and drinking (not necessarily in that order). My experience of Bournemouth so far?

It may seem like an exaggeration to say that I have learnt more in England over the last six months than I ever would have living in Greece, but that’s the truth.

If you’re hardworking, honest and passionate there’s no doubt in my mind this is the place to be. There’s always somewhere to go, someone to meet and something to talk about. Up Next
12 Days of Cubemas #2: Volunteering with Community PostPals
We use cookies to ensure that we give you the best experience on our website. Read More
ACCEPT ALL COOKIESSET COOKIE PREFERENCES×
Manage consent