The eyes of the world were on COP26 in Glasgow, the most important climate summit in history. What happened? 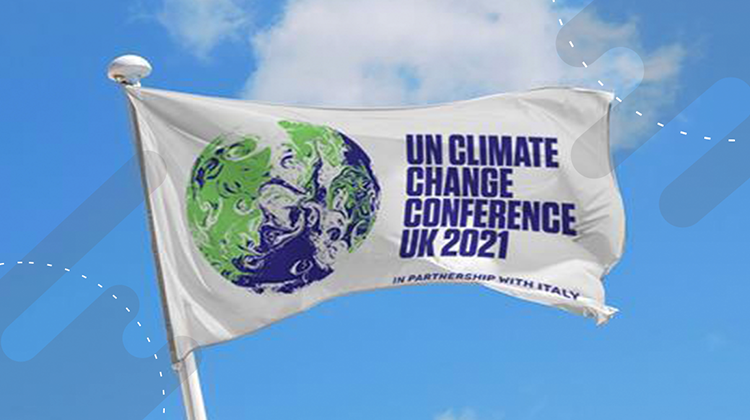 The dust in Glasgow has settled…

It’s in the books and done. No do-overs or re-takes. The conference that has been regarded as the most important climate summit in history has come and gone. The world’s most powerful countries, leaders, businesses and NGOs came together to decide how to save our planet and stop the climate crisis and the ink is now dry on the pact.

But what was actually signed and agreed on?

After a gruelling two weeks for everyone involved inside and outside the blue and green zones, 197 countries signed off on a historical pact to tackle the climate crisis. Of course, there were some positive points, and but plenty of issues that were not properly addressed. Now that the historical Glasgow Climate Pact is all signed off, it’s time to dive in and analyse the agreement, to see if it made our ‘wish list‘; come true!

Since the Paris Agreement of 2015, 1.5C has been the global warming temperature target (limit), as it aims to stop us from straying too far from the world’s natural temperature in order to avoid further devastating impacts of climate change. Going above this threshold, which we’re on course for, and continuing on this trajectory would bring catastrophic and irreversible effects.

In the Glasgow Climate Pact, it’s great to see some focus on 1.5, showing that it is still possible to achieve this and that this aim is still technically alive (it was touch and go at one point). However, like many other aims within the agreement, there is no clear outline of how to specifically achieve this or legal protections. In order to do this, we needed engineers, scientists and lawmakers to be part of the negotiations from the beginning to add a level of practicality and put the ideas from the negotiation into a reality.

This simply wasn’t the case at this year’s COP. Unfortunately, the 1.5 goal is on life support at this stage… without legally binding commitments, it’s unlikely countries will provide the detail needed to stay below this limit.

Climate change mitigation is aimed at reducing or avoiding emitting greenhouse gasses in an effort to keep the warming effect at a minimum. The mention of the use of coal and fossil fuels within this new pact was significant as it is the first time they have been mentioned in a pact like this (which is incredible considering this was the 26th COP). Nevertheless, has enough been done to extinguish the use of coal and fossil fuels?

Unfortunately (and unsurprisingly) China, India, Russia and Australia pushed back on the original stronger language that promised to phase out coal and fossil fuels over the next couple of decades. Instead, the final text says that coal and fossil will be “phased down”… not quite “phase out” is it?

This can only be seen as a failure. It’s 2021, the climate crisis is worsening, and we still can’t get a pact that agrees to phase out coal, which is the worst fossil fuel of them all. The “phase down” line in the pact has no teeth and is unlikely to compel any country into giving it up anytime soon.

In 2009, at a United Nations climate summit in Copenhagen, $100 billion was pledged to underprivileged nations to help them invest in green renewable projects by 2020 and cope with the upcoming effects of climate breakdown. A lot of this money still remains to be shared, especially from the United States.

Once again, the new pact failed to address this. This jeopardises the integrity
of the current agreement as more money needs to be invested to help developing countries. It is these countries who will feel the impact of the damage caused by developed countries the most. Many scientists are now arguing that rich countries have a duty to be active in the fight against climate change and climate funding – whether this duty will be fulfilled remains to be seen.

The new pact also sets a new deadline for countries to come up with new and thorough Nationally Determined Contributions (NDCs) by the end of next year. This new deadline ramps up the pressure on governments to invest time and finance into a solid plan where renewable energy is the main focus. This part of the pact has been divisive.

Some are arguing that countries should be providing their NDCs much sooner, perhaps within the next three months, but others claim they need more time. Either way, time is running out for effective climate action.

We can’t wait around much longer.

It was abundantly clear in Glasgow during COP26 just how important this summit (and resulting pact) is for everyone (and we mean literally everyone). Thousands of people took to the streets to protest and get together to collaborate on new ideas and to tell their stories. So many like-minded people with similar hopes and dreams in one area brought an overwhelming amount of positivity despite some of the negotiations not being as impactful as many people would have liked.

The climate action community is essential in igniting new conversations and initiatives, and it was incredible to witness this in action. Despite some shortcomings in the pact, the collaboration between countries, scientists and NGOs to reach some of the commitments was inspiring. It just goes to show how important a collaborative approach is, whether that’s between states, businesses, or just regular people.

We just need to make sure this approach goes further throughout 2022 as there’s not much time left to play with – the climate clock is ticking!

So there it is!

We hope you enjoyed our top 5 takeaways from the Glasgow Climate Pact at COP26. What do you think? Did you agree with our takeaways? Did we miss anything out? Let us know and get in touch! And if you would like to discover more about how we (businesses and people) can combat the climate crisis through new solutions and technology, make sure you check out our recent ‘Bridging the Gap’ research, the full report is available to download here:

Up Next
Igniting Change Podcast: Episode 5
We use cookies to ensure that we give you the best experience on our website. Read More
ACCEPT ALL COOKIESSET COOKIE PREFERENCES×
Manage consent