Developer Evangelism: The Power Of A Knowledge Sharing Culture

When I first started out in the industry I was in a bubble (though I didn’t always know it) getting out of this bubble, it took some time before I realised what it truly meant to be an advocate of knowledge sharing. Which is so much more than just being given time to attend training sessions. Here are six ways we're beating the bubble at CUBE. 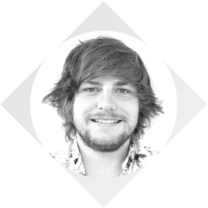 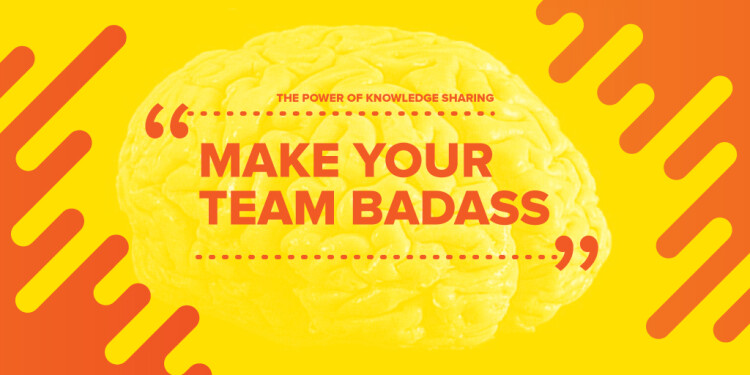 A major problem with agency culture?

A word I use to describe being isolated.

Not being able to absorb skills and information from those around me; working by myself, the only interaction I had with other developers or creative people was the occasional StackOverflow post.

It’s likely that if you work in the digital scene around Bournemouth or Southampton our paths have crossed at some point or another, what with so many events going on it’s hard to imagine working anywhere else.

The boost these events have given my career has really helped me become the developer I am today and inspired me to become an advocate of knowledge sharing myself. How do you burst the bubble?

Joining an agency was a massive help. After all, CUBE is a thirty-strong team, but it’s not enough to just be physically around other people, everyone is busy and there’s always something important and time-sensitive that needs to get done.

It’s often the case that I don’t interact much with other teams in the agency, such as our commercial or development; we work on several projects in parallel which can mean sometimes I don’t even work that closely with members of my own team.

Here are some of the ways we’ve been bursting the bubble at CUBE:

It started the week before I joined and I have been a fan ever since. Held on a Friday afternoon, it’s a great intro to the weekend where everybody gets together for half an hour to relax on the sofas and beanbags, although in practice we find it’s usually more like happy 45 minutes!

This is because we don’t just get together for a cheeky drink, but we do so to listen and learn from one another.

These talks are a great way of sharing knowledge on what’s going on around the agency. Sometimes it’s our MD talking about upcoming opportunities, sometimes it’s a team showing off the latest app, or sometimes it’s an individual sharing a personal project.

For our new starters, it’s also a nice way for them to introduce themselves to CUBE, which partners nicely with our speed dating app.

The award for worst pun in a happy half hour presentation goes to...@MattCheetham pic.twitter.com/4QnUdT6Ji4

An initiative I started in the summer, it’s similar to HHH, except focuses on more specific topics that may not be relevant to everyone in the agency. Lunchtime Learning Club is a great way for us to use our lunch breaks every now and again to share knowledge on things we know lots about, but others wouldn’t necessarily learn as part of their roles in the agency.

The title of a talk from Melinda Seckington at re:develop 2016. Also the main inspiration for Lunchtime Learning Club. There were a bunch of great tips in this talk about knowledge sharing and company culture.

I led the first session which covered a variety of backend developer terms to help demystify some of the jargon we throw around the office. It was great to be able to share this knowledge with the other teams, my hope is that it will help people understand me when I’m blabbering on about caching or edge nodes.

Our last topic was on blockchain, and others coming up include estimation, Slack tips and tricks, and how the internet works.

This one’s almost a given nowadays, but Pull Requests can make such a difference I thought I’d mention them anyway.

Pull requests do so much more than just review a collection of code before it’s added to the rest of the project. By continuously adding other team members as reviewers of our code (particularly when they’re not directly working on that project) we expose what we are doing and why we are doing it with the rest of the team.

This prompts in-context discussions about approach and implementation.

I do a lot of speaking in my free time. It’s a great way to ‘pay-it-forward’ and contribute to the community.

It’s been a massive boost to have CUBE back me to do more of this, giving me the time during working days to build new talks and get out to universities and schools that I wouldn’t be able to otherwise.

I’ve also enjoyed being able to help out other members of the team gain more confidence in speaking too, heading out to do their own talks.

Good luck to the team at Aid&Trade London 2018! Currently introducing the #TechForGood panel. Make sure you come and...

5) Hosting our own events.

We have a shiny new office…

And in the words of Bloomfire: to increase knowledge sharing in your organisation, you need to design an office space which conducive to conversation. This is why it would be such a shame for us not to make the most of it. Once we’re settled and we have some more chairs, we’re going to open up the office to some events!

As a developer evangelist at Cube, that means I’m heavily involved with helping those run smoothly and to the high standard that we see elsewhere in the area.

I’ll be heading to Hacksoton in April and hope to host some Hackdays of our own soon!

Finding time to sit down and write about stuff has always been something I’ve found hard.

Perhaps it’s because the majority of my day is spent typing code, or just that it’s never a priority. But it’s a medium that I intend to utilise more as a way of sharing why we do what we do from a developers perspective.

According to Quandora, creating a culture of knowledge sharing means making your organisation’s best problem-solving experiences reusable… In ways such as writing blogs about them; so that your entire team can share and learn what those blogs are all about!

The culture that exists at CUBE, particularly around knowledge sharing, is something that has been built by the whole team. In my experience if a company isn’t doing that it’s not because they don’t want to or never will, it’s simply the case of not having anyone to champion these ideas and drive them forward.

If you like the sound of any of the things I’ve mentioned above and your workplace doesn’t practice them, then you’re it! You can make it happen.

Up Next
January Fitness? Challenge Accepted. Or Attempted
We use cookies to ensure that we give you the best experience on our website. Read More
ACCEPT ALL COOKIESSET COOKIE PREFERENCES×
Manage consent