How Not to Launch a Product: Failing Fast, Learning Faster

They say that in business, consistency is key. But when that consistency means each product you launch fails; you might want to reconsider what you’re doing. We’ve got no shame in admitting that here at CUBE we’ve tried (and failed) to launch a number of products and take them to market. But in doing so have learnt some valuable lessons in how not to launch a product. 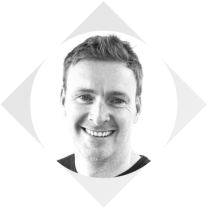 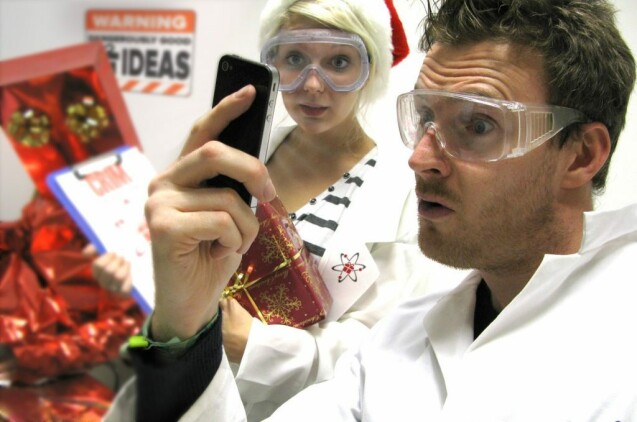 We’ve launched a number of products in our time as app developers. Some were met with success, and other with failure.

Okay, so we have definitely had our fair share of failures… But for us, this only adds to our learning and experience in how not to launch a product.

So here’s a list of three failed product launches, why they failed, what we learnt, and how you can avoid making the same mistakes.

Our first was created in 2010 and was an app designed to organise the disorganised. The concept was that users selected who they wanted to buy for, their age and the budget, and the app would generate gift recommendations.

We absolutely smashed the marketing activity!

And Christmas Unwrapped was even featured in the Sunday Times.

We only managed to shift just under 1000 units.

It seems as though we were trying to organise people who just didn’t want to be organised. Despite various list apps, bullet diaries and calendars out there, Christmas is an untouchable.

Generally, people want to choose gifts for their loved ones based on the individuality of the recipient and what they will enjoy, rather than generic gifts with no thought – saying that, we’ve always secretly enjoyed all those Lynx Africa sets.

Don’t get caught up in an idea that YOU think is incredible.

Just because you believe in it and would use it, it doesn’t mean that the public will. Market research, testing and an understanding of consumer behaviour are key; so get out there and start asking questions before you get carried away.

When we started working on Storm, it was a ‘worlds-first’ product.

It’s a mobile WYSIWYG CMS that renders native apps. It’s not been unsuccessful in the traditional sense as it’s been localised into more than 30 languages, rolled out to 90+ countries and has been used in over 250+ apps. But it was definitely a failure in other ways. We know this is an article about when things go wrong, but in reality, Storm has actually been quite a successful product.

Where we failed it, was that we didn’t give it the focus it deserved and essentially clipped its wings.

We were so focused on our agency (and rightly so), that we didn’t dedicate time and resource to Storm.

We let it fall by the wayside, and if we had shown it the attention it needed, then we could have had something truly special on our hands.

Before that product is even just a glimmer in your eye, make sure you have measures in place that can be called upon should inspiration strike.

If you can’t do that right now, then put the product on the back-burner until you can.

Beautifully designed and with the right resources behind it, Paperboy takes a physical magazine and turns it into an iPad magazine that you can flip through and easily buy the products featured. It was a lovely product that began to get traction and was actually used by a handful of big brands.

After learning from previous mistakes we gave it the time it needed, threw resources at it and worked together as a team to drive it forward.

We underestimated how digitally-savvy businesses were becoming.

Rather than needing help transitioning from analogue to digital, they were seeking out agencies that would help them with the digital solution right from the start.

We were too late to the party on this one and had we had a better understanding of how businesses were thinking about digital, we could have anticipated that they were beginning to move quickly.

We’re not the only ones who understand the digital landscape.

Businesses don’t need hand-holding all the time, sometimes they know what they want and simply need guiding through the process.

Keeping an ear to the ground means that you can get a sense of how industries change and evolve; meaning you can give them the product they actually want and need, rather than the product you THINK they want.

So what do we know about launching products?

Well, these failures have definitely been a learning curve, and have helped us to refine our business and the way we engage with our clients. When it comes to products, we know now that to achieve a level of success you need to have:

Of course, this isn’t the perfect recipe, but it’ll go a long way towards creating a product that will fly. With such a swathe of creative talent, we’re always looking for the next big thing at 3 Sided Cube, but history has taught us to stop and think before blindly jumping in with both feet.

Up Next
Scheduling Made Easy: The CUBE Lego Calendar
We use cookies to ensure that we give you the best experience on our website. Read More
ACCEPT ALL COOKIESSET COOKIE PREFERENCES×
Manage consent