Check out episode 7 of our podcast, Igniting Change: We speak to Applied Futurist, Tom Cheesewright, on sustainability trends, influencing behaviours, and the two-pronged approach to combating climate change. 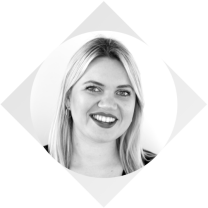 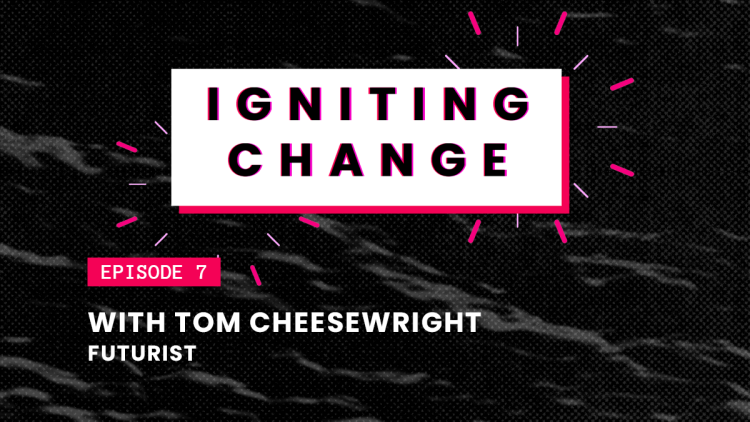 This week, Rich and I were able to speak with Tom Cheesewright on our ‘Igniting Change’ podcast. Tom is *the* Applied Futurist, so he helps people and organisations to see, share, and respond to a clearer vision of tomorrow. Which means he works with organisations, governments and charities to not only look into what the near and far term future looks like for them, but what they are going to do about it. The applied bit of his role is taking the learnings from what their future looks like and finding solutions to what they want to fix. Being a part of each client’s innovation and change is a challenge that he thoroughly enjoys sinking his teeth into.

We couldn’t wait to sink our teeth into this interview with Tom, so we dove straight in!

How can we close the intention-action gap and encourage people to live more sustainably?

The evidence shows that the majority of the population WANT to live more sustainably, so it’s about knocking down those barriers. The one that stands out is about human nature. We are fundamentally lazy – this isn’t a criticism! It happens to also be one of our greatest motivators. From the dawn of time, mankind has been motivated by innovation because it removed the friction and made their lives easier. That’s important to understand that, humanity as a whole will work hard in the short term to make for an easier life in the long term.

If you can remove that friction, then that is the most powerful motivator there is!

What does the future hold?!

We are changing. Our diets are changing, people are aware of the climate and health benefits of a plant based diet. There are drivers for that change and those are, the desire to live more sustainably, healthfully and, as much as I hate to say this, the desire to live more trendy. More and more people are adopting a plant based diet across the country and that in large part, is due to the fact that living sustainably has become a trendy zeitgeist.

This trend is something I wholeheartedly support!

The fact that there are several benefits is the greatest motivator, so when people can see their actions are good for the planet, good for their health and places them squarely in the mix of the group think, those numbers will only grow.

It’s all about those win-win’s. If it’s good for you AND the planet, that’s wonderful!

Going the vegetarian or vegan option is now cool. Menus and shops offer such a variety nowadays that didn’t exist even a decade ago. Climate change has been a topic of conversation very a very long time, and now we are seeing collective agreement on the urgency of the crisis and a common goal of taking responsibility for our lifestyle to be a part of driving that change. It’s cool to care.

A great example is the shift from petrol to electric cars happening so much quicker than anyone could have predicted. There is an enormous demand for them because of one reason; Tesla made them cool. The transition away from our dependency on fossil fuels is incredibly important and it’s nothing but great news that that is the case, but the entire catalyst for this change was that it became cool to own an electric car.

Of course, this doesn’t apply to everybody, there are people that genuinely made that transition for 100% environmental reasons and non ulterior motive, but a lot of people did jump on that bandwagon because it was trendy.

There is fundamentally a mindset shift happening within big corporations and they are now operating to be on a platform for sustainable success. This is not because they are saints, but it’s because what is best for business is slowly aligning with what’s best for the rest of us and that is a change that has been very exciting to see!

As an applied futurist looking at a future of humanity living more sustainably, what needs to be applied to get there?

As we know, governments and corporations hold the lions share of responsibility in change happening, but I don’t want to diminish the role of individuals. We can influence where we spend our money, and doing that in ways that encourage behaviour change is incredibly powerful. Doing things that are low cost to you but high impact is important. You don’t have to go vegan, but cutting down your meat intake is powerful! Turn your boiler down a couple degrees, sort out your recycling, those seemingly nominal changes have real impact.

Put your money and your ballot where your mouth is! You have a say by how you are spending and voting and that is extremely influential.

How can technology play a role in helping us save our planet?

Technology is paramount in assisting in the climate crisis! The power it yields to track and maintain a flawless reuse and recycle program is undeniable. And interestingly, the actual hardware of technology is erring on the side of being reparable and living a longer life and not being built in obsolescence.

Another great episode for the books! We loved chatting with Tom and if you are keen to be a part of our podcast, please do shout us a holla.

You can listen to the episode in its entirety here:

Up Next
Igniting Change Podcast: Episode 6
We use cookies to ensure that we give you the best experience on our website. Read More
ACCEPT ALL COOKIESSET COOKIE PREFERENCES×
Manage consent