As an agency, we have always made "doing the right thing" an important part of our reason for being. Because, if we live by the mantra of "do the right thing", we can't go far wrong, right? Wrong. Turns out we didn't know what doing the right thing was when it came to diversity, inclusion and specifically around all the topics that have come into the media spotlight around the Black Lives Matter movement. 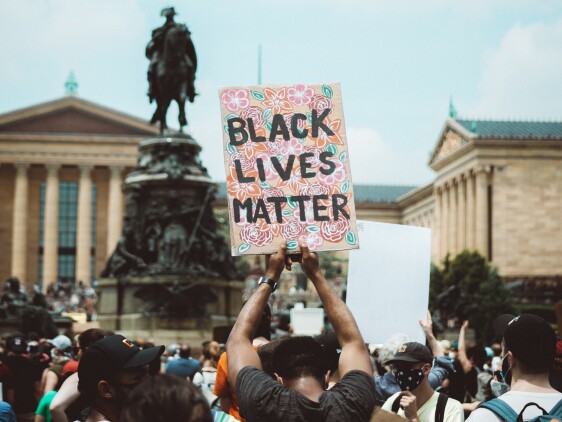 As an agency, we have always made “doing the right thing” an important part of our reason for being. Because, if we live by the mantra of “do the right thing”, we can’t go far wrong, right?

Turns out we didn’t know what doing the right thing was when it came to diversity, inclusion and specifically around all the topics that have come into the media spotlight around the Black Lives Matter movement.

We took a look inwards and realised that although we’d describe ourselves as anti-racist and liberal and inclusive organisation, we weren’t taking anywhere near enough action.

The Black Lives Matter movement held a mirror up and showed us exactly how little we actually knew. How being “not racist” and claiming to be diverse were not enough.

Not by a mile.

Not racist isn’t vehemently against any and all forms of racism. Diversity doesn’t even scratch the surface of inclusivity and equality.

And that was the very first step we had to tentatively take. The uncomfortable realization that what we had been doing wasn’t enough. As an agency, as allies, we needed to listen, to open our eyes to what had been right under our noses the entire time, to educate ourselves.

So that’s exactly what we did.

We recognised the need to listen. To donate. And to educate. All of us united in wanting to do and be better.

First and foremost, we needed to address all of our own questions and concerns about how to help, by learning. Finally taking the time to delve into our history built on the racism that is still so rampant today. The team quickly decided what the start of our long-overdue education looked like.

Operations arranged for every single Cube to receive a copy of Reni Eddo-Lodge’s “Why I’m No Longer Talking To White People About Race” in order to participate and engage in a “Diversity, Equality and Inclusivity” in-house (virtually) training session. But even that decision took thought. Hoping to go forward more aware, we opted to ditch the old favourite, Amazon; and instead found a wonderfully ethical company to source everyone’s books. Next up, we needed a new perspective. Someone to facilitate those hard conversations, bring up things that wouldn’t be comfortable but also create a space that everybody felt comfortable in to process and engage in their own way.

Dr. Anjana Khatwa is a renowned Earth Scientist, Presenter, Learning Specialist, advocate for diversity in the geographical, geoscience and nature conservation sector. We were lucky enough to book her to guide us through better understanding the unfolding situation, the lived experiences of others and the importance of Black Lives Matter. When the time came for the training session, we were all eager for what was to come. We had all read the book but didn’t know what to expect. Dr Anjana did a superb job at skillfully walking us through some uncomfortable conversations, opening our eyes to the racism that she, a British citizen, experiences to this day and giving us the tools as allies and champions for the cause.

While we know, as a business, as humans, there is so much more we have yet to learn. To do. But this was our first step of many to make 3 Sided Cube an infinitely more diverse and inclusive space. If you were looking for someone to bring in for equality training, Dr Anjana is your woman. What she has to say is so vital, and we cannot recommend her enough!

The emergence of the BLM movement felt like a real moment in time that had to be grasped to affect real change. As a white man running a predominantly white organisation I had no idea where to start. But, as with all things, education is the key. And vital to that is to listen and to question. I’m proud of the start we have made, but it’s the actions that we as individuals and as an organisation take over the weeks, months, and years to come that will make the difference.

Up Next
Entering the Cube
We use cookies to ensure that we give you the best experience on our website. Read More
ACCEPT ALL COOKIESSET COOKIE PREFERENCES×
Manage consent