Our thoughts on the COVID-19 tracing app

“Flatten the curve” is a phrase we’ve heard countless times since March and is so ingrained in our psyche, we’ve probably been saying it in our sleep. But it has been a fight against time to make that a reality. 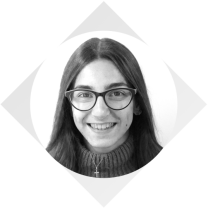 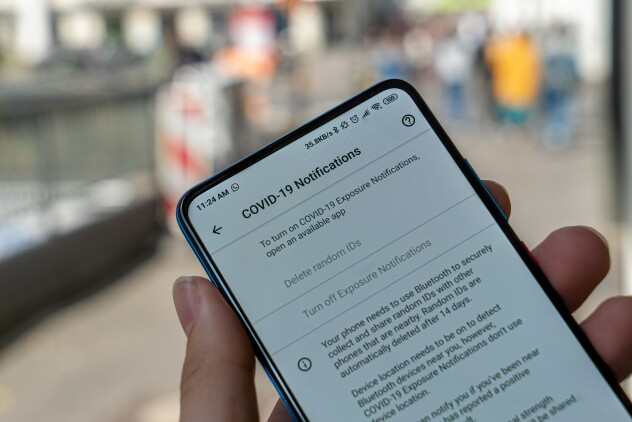 “Flatten the curve” is a phrase we’ve heard countless times since March and is so ingrained in our psyche, we’ve probably been saying it in our sleep. But it has been a fight against time to make that a reality, whilst working towards a vaccine.

Which is hopefully, coming soon. But until then, contract tracing apps seem to be the way forward.

While the pandemic has ushered in uncertain, and scary times, it’s also brought unification. Communities came together. People looked out for one another. And for the first time – ever – Google and Apple have collaborated to produce an app to combat the spread of the virus.

The stakes are sky-high with this one.

All around the world, billions of people are watching intently to see if their effort is fruitful. This technology is imperative in enabling us all to go back to some form of normality.

Recently, we saw the efforts of our government trying to develop their own tracing app, get sidelined. After testing, there were countless technical barriers. The product ended before it really got started. Even in its infancy, the technology being built by Apple and Google is going to be a market leader with helping us control the spread of the virus.

As it seems the solution may be close to release, we wanted to ask our team of insanely talented developers about the much-anticipated app. But first, let’s rewind and look at exactly how it’s going to work, and the logistics of it becoming a part of our daily lives.

Let’s dive in and find out how this game-changing app is actually going to work!

Using automated contact tracing, this clever app will be able to detect if two people have been close to each other for long enough to enable them to contract the virus. With both iOS and Android devices having the ability to exchange information with one another, this makes it super easy for the information to be collected.

The way it works is that phones can connect with each other via Bluetooth and location tracking. So whether you are going to the shops, taking your kids to school or going into the office for a few hours, this app will be able to detect anyone you have been in contact with and notify you if you have been in contact with anyone that has been diagnosed with the coronavirus, giving them instructions on what actions they should take.

You may be asking yourself, “self, but what about security and my privacy?!” It seems they thought of everything.

Because, when it comes to personal details, the app will use random ID codes which are regenerated every 14 days. This is especially important because that is the time frame someone could develop the virus who must not be named. The Bluetooth signals will allow the app to recognise the distance between individuals (cleverly ignoring brief passings) and although the location features will be on, the app will only store details of the people’s IDs you have been in contact with.

Even though the app has not been released in the UK yet, the tracing software tool has appeared on both Android and iPhones. This exposure notification tool has not been activated yet, but definitely means we are heading in the right direction to use technology to help with our recovery and reduce a second wave of the virus.

It’s definitely something to keep an eye on and watch how this exciting technology develops!

But what do the 3 Sided Cube team think of this new app? Is this the right solution? What could be the potential challenges? “It certainly beats the roll your own approach that the NHS tried to decide, but the heightened privacy concern means that they have had to sacrifice the benefits of controlling the pandemic that a centralised method would give to health authorities.

I understand where they are coming from, and the ability to track individuals has to be handled with extreme caution. But in the case of a global pandemic, it is probably justified. The real innovation would come from the global corporations and the government devising legislation that allowed for the genie to be put back in the bottle when the pandemic is defeated.” “I think a bespoke approach to this was a bad move by our Government, but, focussing on the positives, I think bringing in Simon Thompson is a great choice of leadership for this project and am hopeful we’ll get to a solution that actually works and can save lives now that solid decisions are being made.

There is going to be a challenge around consumer adoption, and reassuring the public that their data will not be used unnecessarily. This is going to be the hardest part, so it will be interesting to see how the government encourage this.” “I’m glad to hear that Apple and Google are collaborating on a solution rather than locking horns. I’m slightly sceptical about the privacy claims though – Google is an advertising company at its core! It’s a shame that so much time and money was wasted by the government… they must have known they couldn’t compete with the likes of FAANG! I’m looking forward to the release date of this app.” “The Google and Apple approach will hopefully be able to ensure tracking has more success as I would assume they would allow Bluetooth access even when the app isn’t running.

From what I’ve read this solution will provide a more “decentralised” approach than that of the government’s original app. That being said I still think the main challenge will be convincing the population that the app won’t be storing or misusing any personal information”

Up Next
The future of working from home
We use cookies to ensure that we give you the best experience on our website. Read More
ACCEPT ALL COOKIESSET COOKIE PREFERENCES×
Manage consent