Joining a new company can be as daunting as it is exciting, during my week of Innovation Time, I wanted to redevelop our Speed Dating app in React Native. Improving our onboarding process with the mobile platform that introduces members of the team and rids new starters the of those first day nerves and jitters. 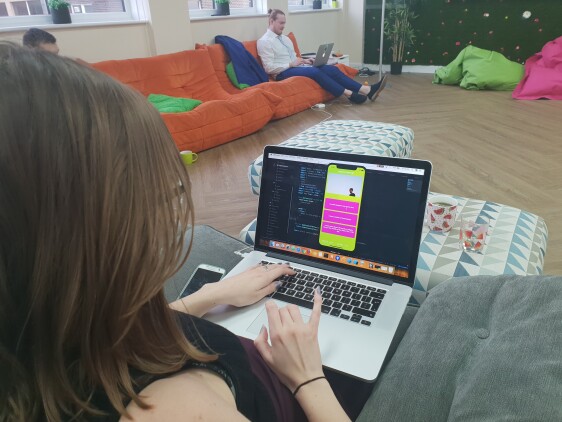 Having taken on 11 new starters over the past 12 months, we’ve got pretty good at onboarding new staff. Mainly down to our Speed Dating app we use to introduce the team with a game of ‘two truths, one lie’, as well as giving new starters everything they need to know to settle into office life at 3 Sided Cube and feel like they’re part of the family from the get-go.

We build Tech For Good (namely, a lot of apps), so an app seemed a very fitting way to onboard new staff. It’s pretty straightforward, there’s a picture of someone’s face alongside two facts and one big fat lie, and you must identify said lie. Then, tap the face to generate another team member and bring on another bizarre conversation. Get a point for each lie you correctly identify and beat the current high score.

The Speed Dating app has come a long way since it's inception, giving our team the right first impression and start of their journeys at 3 Sided Cube.

Having used this app for the last 9 years or so, I spotted an opportunity to improve the system and develop a version in React Native that would open the doors for us to integrate other aspects of our onboarding process.

Having previously used React.js for building websites, I was surprised to see how much it’s changed, with things like the introduction of Redux which makes it easier to manage the applications state. I found it to be pretty similar to other frameworks such as Vue.

To kick things off, after watching a couple of tutorials, I found a few open source sample projects online, so I had a poke around to see how they worked and what the best practice for structuring react-native apps is. The one thing I’ve found so far is that debugging React Native isn’t as nice of an experience compared to debugging websites.

The app had to communicate with our website to pull data on various members of our team, using a custom-built API to run as the backbone of the system. The Speed Dating app presents users with three custom-fields, two truths and one lie, recording answers and giving each user their own scores which can be tracked on the leaderboard. Integrating the app with other onboarding processes:

We also use a number of other processes when it comes to onboarding new staff, such as the scavenger hunt we’re currently putting into place, that sees our newcomers scour our office for things important and significant to Cube.

PHP developer Tom has also just finished his Space Quest project, on a retro game for web, which we plan on integrating into our onboarding process to see who can top the leaderboard on their first day.

On top of these aspects on onboarding, the Speed Dating app also has a continuous improvement plan, which includes a backlog of features that I didn’t have time to develop; such as info on our apps, clients and team, as well as using the PIP chatbot to guide new starters through the entire onboarding process. The value of onboarding apps in company culture:

A bad onboarding experience can leave a sour taste in both the employee and employers mouths. Often leading to low employee-retention and a drop off in applicants for new positions.

Good onboarding experiences, on the other hand, can not only ensure you hire the very best people fit for your organisation’s culture, but also that new starters settle into their teams and roles as comfortably as possible, without experiencing those first day nerves that so often hold us back on day one.

All-in-all, onboarding apps provide an unimaginable number of benefits to culture, recruitment and day-to-day life in your team. With the right process and platform in place, organisations can stand out from their competition and convey brand messages in ways no one else can, better representing their brand, culture and what it’s like working in that organisation.

The best thing about the speed dating app was that I got to talk to the team about topics I already knew they were interested in, however risqué their lies may have been.

If you need any advice or tips on developing a similar onboarding app, or you’re looking for a little cultural inspiration, get in touch with the team.

7 Tips for Students Looking for a Placement in Bournemouth