During my week of Innovation Time, I wanted to develop a game inspired by the original Atari Space Race that would allow me to learn more about game development and build a cool project we could use as an easter egg on our website. 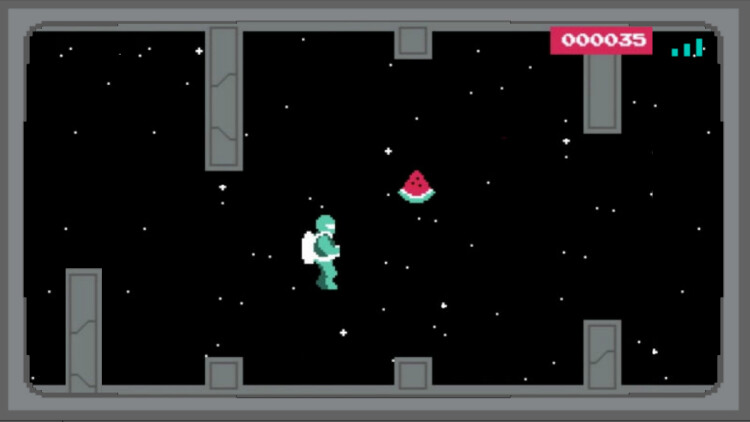 What inspired my project?

A trip down memory lane.

Who remembers the Atari Space Race?

This classic retro arcade game was released in 1973, shortly after Atari released their very first and world-renown game, Pong. Who’d have thought 31 years later we’d able to play these games by simply searching for ‘Atari Breakout‘ in Google images.

The visual style of these types of arcade games (think Space Invaders, Asteroids & Defender) appealed to me as a simple and easy way to take Cube retro, following this style to give the game a sense of nostalgia while also representing our brand.

With the recent announcement of the PlayStation Classic console being released in December later this year, even our office-friends were compelled to get their own classic arcade console. The game was simple, fast and easy to develop as it used minimal HTML and CSS (<30 lines), it also only took 1,100 lines of JavaScript to build, making it an extremely lightweight game that uses less than 250kb of assets, and could be played in modern browsers.

These came into play when I made the decision not to use an existing library, meaning that game mechanics, patterns, global state and graphics all had to be done by me.

The biggest challenge I faced:

Figuring out how the game could adapt to different frame rates, timings and distances. My number one piece of advice? Always use a library unless, like me, you’re trying to teach yourself the hard way.

How do you play?

The aim of the game is simple, get as far as you can while collecting bonuses and avoiding obstacles, using the spacebar to control your character and holding your concentration as the speed and difficulty continues to get harder. Collect fuel to boost your points:

These power-ups represent things that are special to Cube, adding extra-points to your total, slowing down the speed of the game and making it easier for you to progress and earn points throughout. Besides the top and bottom borders that make up the platformer, other asteroids, comets and other space-based nasties appear on screen, take your life and reduce the total points you’ve earned so far. Travel as far as you can:

The game also includes a player leaderboard which records the point-totals to indicate how far you got in the game, these leaderboards are customised so you can input your name just like the classic arcade counterpart. The future of the project?

Taking a trip down nostalgia-road was a great way to spend my week.

One thing I loved about working on this project was how simple and easy it was to develop and play, a super simple way to create something a little different and bring a little competitive spirit into onboarding new members of the team.

I plan on spending my next Innovation Time improving the game and either creating an easter egg hunt to challenge new starters, or integrate the game into our 404 page.

I also want to add a few new features and designs to the game as well as open-source the project to GitHub so that other people can use the game with their own brand style, without having to know a bunch about game development before-hand. If you want to find out more about the game or design a version for yourself, get in touch with Tom.

Using Pokémon GO to save lives