Voice assistants are set to find a place in 40% of households in 2018. With over one in three families owning a smart speaker, exploring the ways this technology can be used for good could help us solve problems that we’ve been facing for years. Here’s everything charities can learn from using Alexa skills for good. 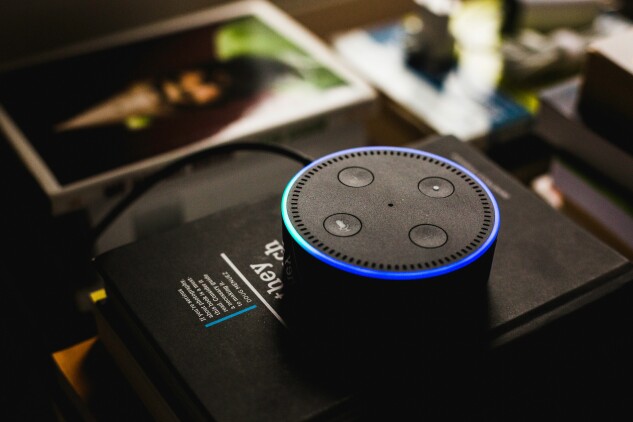 Voice assistants like Alexa are quickly becoming ingrained in our daily lives, with over 72% of people who own a smart speaker saying that they use it as part of their daily routine.

As these voice assistants continue to synchronise themselves with our lifestyles, it’s important that we know what they’re capable of, how they can be used for good and how we can be the driving force behind this technology.

Skills on your Alexa device are the equivalent to apps on your phone. Currently, the Alexa Skills store has over 30,000 skills, and although that pales in comparison to the 2 million+ apps available on our phones, it still gives users a huge range of skills to choose from.

Alexa Donations: supporting charitable causes with the power of your voice:

Amazon recently unveiled Alexa donations, a feature that now comes as standard with all Amazon Echo devices. It allows donors to make donations quickly and painlessly without having to spend any time filling in online payment forms.

Alexa Donations is extremely easy to use. All you need to do is say “Alexa, donate $5 to The American Red Cross” and that’s pretty much it! You’ll then be prompted to give a four-digit pin as a security measure to prevent your children accidentally giving all your life savings away to charity. By using Amazon Pay, all transactions are secure. What’s more, you won’t even need to provide any credit card information as your Amazon Pay account will already have those details at hand.

Which charities can Alexa donate to?

The number of charities that accept voice donations through Alexa is ever-growing, and there are now almost 100 that have integrated this feature. From the Empty Stocking Fund to The American Red Cross and Blind Cat Rescue & Sanctuary, there is quite an array of different causes you can support with Alexa Donations.

The very best charity Alexa Skills in the Store:

From ordering pizza to making fart noises (pretty lame right?) there’s no shortage of amazing and terrible Alexa Skills, but a few that stand out are the ones making efforts to improve lives, solve problems and help people in need. Two Alexa Skills doing this fantastically?

This Alexa Skill lets you know which areas in London are accessible for wheelchair users, as well as the best routes to take and a time estimation that takes disabilities into consideration.

“How do I get from Covent Garden to Bank?”

This skill is for people who want to help communities and learn about great causes. The Alexa Skill highlights a notable charity every day, along with their mission and ways you can support them. How can you build your own Alexa Skill for good?

Amazon introduced a scheme to make Alexa even more personalised by letting people create their own skill from a range of pre-selected categories. This feature, called Alexa Blueprints, makes it easy to make an Alexa Skill in just a few minutes by selecting the category of skill you’d like (such as Family Trivia for example) and then filling in the questions and answers you would like the skill to feature.

Supporting causes with your own Alexa Skill:

We know there are organisations making Alexa skills for good causes, we are one of them! But now you can too thanks to Alexa Blueprints. Although you can’t make these skills commercially available to anyone else, you can still use them to educate your family about important issues.

The Trivia category could, for example, be used to make learning about the importance of preserving the environment more fun and interactive. Plus there’s a whole bunch of other skill categories that you can use to the same effect!

The future of Alexa and voice for charities:

Detecting when you’re in danger:

In case of a critical situation, your Alexa could call the emergency services if you are unable to. There are already trials for artificial intelligence being used to detect breathing irregularities and other tell-tale signs to spot symptoms of cardiac arrest for example. If Alexa were able to integrate such a feature, it would allow for nurses to be able to pre-diagnose the patient before even arriving at the scene. Not only saving time, but lives too.

According to Google, 41% of smart speaker owners feel like they’re speaking to a friend or another person when they’re using it. The fact that a substantial number of people feel like using a voice assistant is like talking to another human is interesting, especially in the healthcare sector.

As a result, if implemented thoughtfully, Alexa Skill development can be used to tackle issues like depression and loneliness, providing people who suffer from various mental health conditions with company, even if it’s in the form of a smart speaker. If you tell Alexa you’re feeling lonely for example, Alexa can suggest that you call a loved one, or go for some fresh air to boost your mood. Alexa for the older generation:

Voice assistants could be particularly valuable for the elderly, who often rely on daily or weekly visits from nurses, even when they’re in retirement homes. Alexa could remove the need for these frequent visits by providing some of the services that nurses currently provide.

For example, daily medication reminders can be set up, and for patients who struggle to move without pain, voice assistants are perfect. They can turn on the television, listen to music or even just turn the lights on and off just by using their voice.

Up until now, these things would have to be done by the residents themselves, or by a nurse, putting a strain on staff. With voice assistants being able to solve these problems, caregivers have more time to deal with more critical issues without sacrificing resident satisfaction.

Various hospitals are already trialling using Alexa as a nurse in their establishments, in a similar fashion to the way it’s being used in retirement homes. A lot of hospitals still have cords that you pull to get the attention of a nurse, which is simply archaic.

With Alexa, people can check their schedule to see if they are having an examination or operation, or ask about their dietary restrictions and more. Patients can even talk to their nurses through the Alexa devices without either party having to move.

The idea is mainly to remove burdens, such as patients having to move when they’re in pain or waiting around for ages for a nurse to arrive. Voice assistants can also eliminate the need for nurses to run around the hospital to tell a patient what they’re having for lunch or to help them turn the TV on because the remote is out of reach. This allows them to focus on more urgent situations. What's next for Alexa?

Voice assistants like Alexa are changing the way we search, buy and even live our day-to-day lives. But this technology can also be used at a large scale to save lives, provide better care for those who need it, and take care of our wellbeing.

As an agency focused on tech for good, we’re excited to be part of this movement and cannot wait to see what the future holds for voice assistants.

Interested in harnessing the power of Tech For Good? Read up on the world’s first blood tracking app with The American Red Cross, or check out our Innovation Time projects which explore other new and emerging technologies.

Up Next
Fundraising Campaigns: 10 Charities To Be Inspired By
We use cookies to ensure that we give you the best experience on our website. Read More
ACCEPT ALL COOKIESSET COOKIE PREFERENCES×
Manage consent