My Adventure Across The Pond: Part 3

Almost a whole year and a pandemic later, and here we are, STILL in jolly England and no move date in sight. The whole world has been in a standstill, and anyone that knows me knows that is a certain kind of hell for me! 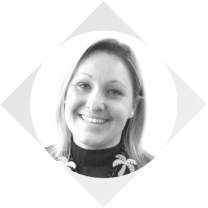 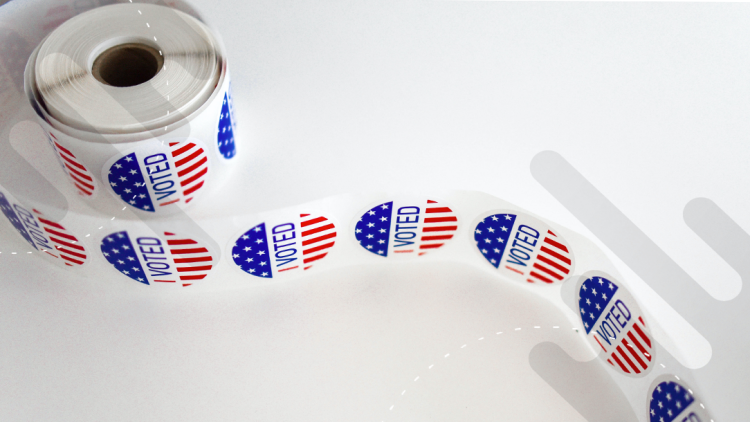 I’ve got to say, last year when we did our big Cube USA announcement to the team (Read about it and see when The Cubes terrified me with a surprise of their own here), I never saw this happening. I mean, who did?! Almost a whole year and a pandemic later, and here we are, STILL in jolly England and no move date in sight. The whole world has been in a standstill, and anyone that knows me knows that is a certain kind of hell for me!

I live for momentum.

Meeting people, planning, travelling, networking. I LOVE a full schedule and a new challenge on the horizon to bite into. It’s no wonder I racked up 20,000 steps a day in lockdown, it was the bare minimum I could do to stop myself from swimming across the Atlantic and setting up shop on my own! All of this uncertainty has been doing my head in, but on a positive note, 9 months into visa application fun and I think we’re finally getting somewhere! Although I am still in the UK, so I guess technically I haven’t gone anywhere (yet).

My so-called move date to The US has moved so many times, I’ve actually lost count and as it got pushed further and further back, I had to ask myself if I actually wanted to move to The US during the election period?! Covid is one thing, but with the election looming, and political uncertainty, do I really want to move my husband and kids into what looks like a political circus?!

Appreciate that’s rich coming from someone from The UK, as we’ve got our own Barnum and Bailey situation goin’ on over here!

American politics was, until recently fairly foreign to me. Honestly, whilst I was aware of the headlines, I hadn’t delved very deep because we had enough going on here in The UK that I just didn’t have the mental capacity.

With the move looming, it forced me to start diving into American politics a bit more.  I had to pull my head out of the sand and learn more about what was going on in my new homeland-to-be. And was it an eye-opener! The good news is that I’m now SO brushed up on my politics, I could run for President. #VotePuff2024 has a nice ring to it… Something I came across more and more, was the absolute shambles that the current voting system is in. There are vital polling stations closing. Forcing those that do bother to go out and vote, to stand in a massive line for hours – in a bloody pandemic! Mailboxes are being removed, and citizens are being told by their “leader” not to trust the USPS. It’s an absolute nightmare!

All of those obstacles are dissuading so many people from exercising their right to vote. In the last election, I read that a little over half of the population voted, I shudder to think what those statistics will look like next week. Which brings me to the elephant in the room, how in 2020, in the largest country in the world can you still not vote online?!

We bank, we buy, we pay, we date, we talk, we manage health data….yet in 2020 we still cannot vote online?! This just floors me. I get it’s an honour and civic duty to go and cast your ballot, but that completely disregards a large part of the population with disabilities, agoraphobia, or aren’t keen to rub elbows with half the neighbourhood in a pandemic!

In the World’s largest country you still cannot vote online. Why? Because of security.  It’s 2020.  And we still can’t work this out?! Any system can be manipulated, physical or online. Electoral fraud exists whether we like it or not. And Cambridge Analytica is a recent example of that happening….even when voting isn’t online.

In April 2020, a 20-year voter fraud study by MIT found the level of fraud "exceedingly rare" since it occurs only in "0.00006 percent" of instances nationally, and, in one state, "0.000004 percent — about five times less likely than getting hit by lightning in the United States.

Rather than look at the negatives of why we shouldn’t, perhaps we need to focus on the positives, and why we should be pushing and embracing this. With Covid and increased risk of being around large groups of people, lives could be saved if voting was online. People would travel less, spend time more efficiently. And this would be on a huge scale.  Not just a few people, but millions, if not billions globally.

But nothing is ever that simple.

Just as I was all fired up to spearhead my one-woman campaign to make the voting process digital, I talked to my colleagues. I work alongside some of the best minds in technology, so lucky for me, I get to pick their brains over a coffee in the kitchen. Not so lucky for them, as all they wanted was a fresh cuppa and they had me pouncing and raring to find a solution ASAP!

In their practical and pragmatic way, they talked me through what it really would entail to bring this to reality and probably the very reasons it hasn’t been done yet.

I’ll let the brilliant Cube, Tom explain the digital voting roadblocks, but all I’m saying is, we must be able to reach some sort of happy medium?! That takes into consideration and tackles the issues at hand in a smaller scale way.

It just seems to me that this is inevitable so let’s get on with it already!

An Expert Cube Weighs In The idea of being able to vote digitally seems really cool! It enables people who might not otherwise have the ability, to be able to. In theory, it should increase accountability, but therein lies the problem.

Anonymity is the core part of voting. As it should be. But how can you verify that it ties back to a real human and not just a bot? Then IF there is a way to tie a vote back to a person and have this amazing system where every single vote is accounted for and recorded, then it’s no longer anonymous. Somewhere out there, would exist a database of everybody’s votes. Which then opens it up to being hacked and manipulated.

Security is another glaring issue. You could lock some nerds in a room for a year with bottomless pizza and Red Bull, and let them figure out a cryptographically secure way of doing it. The end result would be a really solid system. The technology is there. Mankind is not. The issue of security lies within so many variables and 100% of them failing is because of human nature.

This is such an interesting problem! Something that makes me sceptical is the government’s involvement. Who is going to trust this digital system with them at the helm?! Look at track and trace, they spent millions on a simple concept, broke it, and now we all have this useless app on our phones.

While I agree the current paper system is rubbish, I have to cast my vote as nay for digitising the process. I would love it to be a thing, but I just don’t believe anyone who has the power, would use it in the right way.

Up Next
My Adventure Across the Pond: Part 2
We use cookies to ensure that we give you the best experience on our website. Read More
ACCEPT ALL COOKIESSET COOKIE PREFERENCES×
Manage consent