Taking Gamers off the Screen and onto the Field with MatchFit.

How can we motivate gamers to take their game off the screen and onto the pitch? I’ve been exploring the implementation of Fitbit data in the gaming industry, developing a prototype that rewards players for fitness in the real-world by using their activity to unlock playing time in various video games. 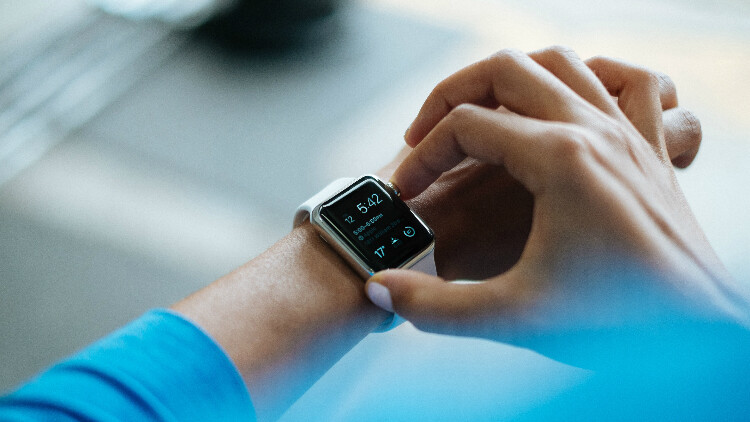 What inspired me to explore fitness & gaming?

In my last week of Innovation Time, I looked at the use of data analytics in football, developing StatChat, a system that translates football commentary into statistics by using language processing to recognise key phrases and record them as data.

Although the software did well in terms of recognising keywords and phrases while converting these to in-game statistics, I saw another opportunity to integrate technology with sports, health and fitness. The idea behind MatchFit:

Incentivising fitness. Recently I was caught up in the world of esports as Fifa came together with the Premier League to let players represent their teams in one of the biggest Fifa tournaments esports has ever seen, which got me thinking:

How could we use the competitive nature of esports to motivate fitness in the real world?

Thus, MatchFit was born. The implementation of this idea was a little more complicated, not because of the (very untrue) stereotype that gamers aren’t interested in real-world fitness, but more because of the idea that the system would discourage them from playing a game they just spent £50 on. How could I bring my idea to life?

It’s hard to ignore the progress Fitbit has made in establishing itself at the “household name” end of the fitness-wearables-ubiquity scale. Not only this, but recent advances in the platform’s offering have made it a dream for developers to work with.

As far as third-party integrations go, this one was a no-brainer. Using a standard OAuth2 workflow, existing Fitbit users can authorise MatchFit to consume their activity data and generate their own MF profile.

Any physical activity that is undertaken is converted into an in-system currency – perhaps a piggy bank of “FitCoins” or, on the theme of hydration, a fridge full of “FitJuice”…! This currency is then consumed when sedentary activity, such as gaming, is undertaken.

By monitoring the rate at which this currency is offset, MatchFit users can ensure that their own activity levels remain proportionate to those of the digital Ronaldo graphic they’re manipulating with their thumbs. What does the prototype do?

Using the Fitbit API means that once you’ve finished your run, walk, football match or any other kind of fitness routine/activity, the data connected to your personal Fitbit account is automatically sent to our MatchFit system.

2. Gamifying the data with rewards:

Once users have covered enough of a distance to qualify for rewards, the system makes calculations based on what they should receive in return, for the purpose of the prototype, this was 10 units for every 5km distance travelled, which translates into 2 hours of game time.

This is the user interface that players engage with the interact with MatchFit, which shows them their latest record for distance travelled, units earned and game time they have to look forward to. Giving them targets and benchmarks they can track in real time and meet depending on how long they plan on spending in game.

What's stopping MatchFit from taking off?

It turns out EA are quite particular with how people use their data, which comes as no surprise with the considering the volume of user data that could be extracted from their platforms. This means that actually implementing MatchFit with Fifa games in the real world is pretty much out of the question, as it stands. However, there are ways around this if MatchFit functioned as a standalone entity instead; providing a tool for parents to enforce screen-time limits, rather than physically preventing the use of gaming consoles or locking Fifa accounts.

Perhaps this scenario is actually to MatchFit’s advantage; an alternative approach could be to monitor gaming activity in general, across several platforms and genres. We’re thinking of startups and indie games that have been developed to tackle this issue in particular; incentivising gamers to get out and get fit in the real world.

The future of the project: How else can we implement the technology?

One thing that’s very apparent with any kind of sports-game community, especially with the size of Fifa’s community, is that gamers often don’t have the opportunities to get involved in real-world sports clubs or games. Either because they don’t have a group of friends readily available or aren’t confident to join or make the commitment to an official team.

The gaming community are, however, extremely social when it comes to making new friends and forming teams within the games they play together. This behaviour could be tapped into by giving gamers who join online teams the opportunity to meet in the real-world, using locations and moderators to set up games that bring these players together in real life for fitness and fun.

We collaborated with O2 Touch and England Rugby on a platform that makes Touch Rugby accessible to anyone and everyone, regardless of gender, age or level of ability. The concept was social fitness at its best and is a perfect example of how this system could be implemented on a larger scale. By using Fitbit devices, any team or group that have regular games can record stats for each individual, offering particular rewards to the players who put the most effort in, not those who turn up to play the most. By tracking things like distance covered and average speed, these reward schemes could be personalised to every player and even focus on personal development rather than competitiveness with peers.

Up Next
Teaching Children to Read with Alexa: Introducing StoryCircle.
We use cookies to ensure that we give you the best experience on our website. Read More
ACCEPT ALL COOKIESSET COOKIE PREFERENCES×
Manage consent