Users. Devices. Development. The three main influences on whether you develop an app for Android, iOS or both. It all comes down to where your users are, how they use mobile apps in their day-to-day lives and what your brand wants to achieve on mobile. I sit down with Sophia Story to talk about the differences between the platforms and how app developers should guide you through this decision. 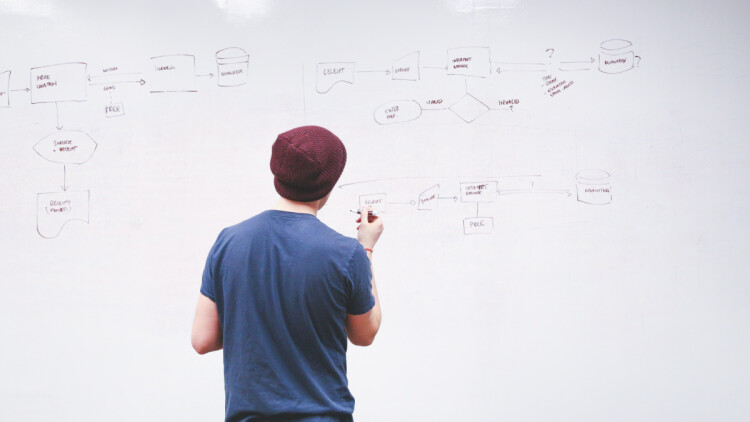 How to decide between an Android and iOS app:

Let’s not beat around the bush. Mobile apps are expensive.

Investing in any software or technical project will always require choosing between different platforms and technologies such as Android and iOS operating systems.

But how can brands and organisations make sure their decision is the best way to achieve their goals?

It comes down to clearly defining your organisation, users and the role of mobile apps in their day-to-day lives. Throughout our 10 years in mobile app development, we’ve seen the success and failure of apps on both platforms, here’s how to choose between Android and iOS.

In this video, Puff explains how brands should decide between an Android or iOS app:

The latest 3 SIDED CUBE series explores the most important questions to ask app development companies and how they should go about answering them.

Android vs iOS: which platform is right for you?

Whenever you undertake an app development project you’ll need to face the question of which OS (Operating System) the app should be developed for, Android or iOS. These are the main aspects that will influence whether you decide to develop your app for Android, iOS or both:

Needless to say that the two share a lot of similarities, but where they differ can have HUGE impacts on how your app will be received and perform. As well as the software/hardware capabilities, features and functions you’ll be able to use in your app and how long the app will take to develop.

Make sure your app developers never:

Tell you to build an app for both platforms, or worse yet they give you the same reasons for both. It’s crucial that research and planning is done to not only decide on an Android or iOS app, but also consider the differences, challenges and opportunities for developing on both platforms.

Ultimately this comes back to your end users, what you want to achieve and which audience will get you there.

What Role Does Mobile Play in the Lives of your Users?

When it comes to any kind of mobile or digital strategy, the first thing to mention is that Android has far more devices that run on the OS (Operating System), think about all the Samsung, Sony, LG and Nokia mobile phones that are out there. While iOS only runs on iPhones and iPads. Meaning there are far more Android users worldwide.

Android users on the other hand typically try and test more apps, downloading free apps more regularly but engaging with them less.

Android users are far more prominent in lower income areas and developing nations, whereas iOS users tend to cluster in larger cities and built-up and areas which have a higher cost-of-living.

A recent report from DeviceAtlas (2018), shows that users in English-speaking countries (as well as Japan) prefer the iOS platform, while other countries prefer to adopt Android devices.

Which Devices Will Limit Your Mobile Apps Capabilities?

There are a number of (more obvious) device-based aspects to developing either an Android or iOS app, like camera quality, storage space and battery life. These elements tend to be more relevant to your organisation and the purpose of your app (think camera quality for photography apps).

The more valuable differences lie in the quality of apps available for different devices, and how these devices offer accessibility/customisation for app developers and end users.

Making your app or device more accessible means including features that make using your app easier. This could be allowing users to magnify screens, use larger text or set custom vibrations.

As Android gives its users more options in terms of customising their UI (user interface), it’s the better option if your app aims to improve the lives of people living with disabilities or impairments.

As previously mentioned, Android OS runs on significantly more devices than iOS, which affects aspects such as app designs as aspect ratios because of the variety of screen sizes.

iOS on the other hand only runs on iPhones and apps are always developed for the latest software. Meaning there are fewer bugs, less regular updates and outdated apps available.

Which Platform Will Cost You More to Develop for?

Developers use two separate IDE’s (integrated development environment) to develop apps for Android and iOS; Android Studio and Apple Xcode. Typically, Android apps cost more to develop as they require a larger code-base due to fragmentation.

Both pieces of software let developers do a couple of things: drag-and-drop elements into different views (pages/screens). Draft user journeys through different pages in the app. Build a range of API’s (application programming interface). Use different style sheets (colours, filters, icons) and test the app in virtual environments (simulators/emulators).

The fragmentation of the Android OS means that more devices use different versions of the system, thus apps need to be developed and work on most of these. In comparison, the vast majority of iOS users run the very latest version of the OS, which means Apple makes developers build for this to raise the standards and quality of their apps.

If you plan on taking your project in-house, you need to consider the cost of hiring developers for the platform your app is on.

How to choose between Android and iOS apps:

This always depends on a number of things like your audience, industry, objectives, competition etc. The important part is that your development company make sure you understand the differences between the two platforms and the benefits that each of them can provide.

Here is a (very generalised) guide to which platform is best for different kinds of apps and goals:

iOS. Users spend more on apps and on in-app purchases.

Android. There are far more users who will use the app and see the ads.

iOS. Users are much younger and expect more from their apps and devices.

Building awareness of a brand or cause?

Android. Far more people will use your app in a range different locations.

Up Next
How Should Developers Manage Your App Development Project?
We use cookies to ensure that we give you the best experience on our website. Read More
ACCEPT ALL COOKIESSET COOKIE PREFERENCES×
Manage consent