Our cities account for up to 80% of energy consumption. With climate change topping the world’s biggest issues, what role will sustainable technology play in cities of the future? 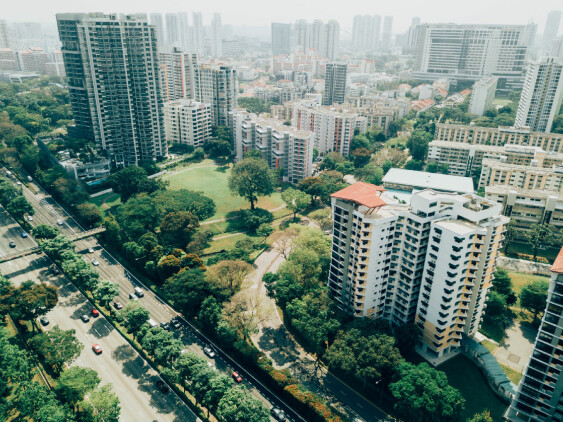 Sustainable technology was born in a time of digital immaturity

In a time when humanity warmed baths with wooden stoves and heated coils, one of the most influential examples of sustainable technology was brought to life by inventor Clarence Kemp.

Who could have guessed that such a simple concept would become the blueprint used by most modern solar-powered water heaters, and spark an entire movement around renewable energy that could quite literally save the world.

The two most abundant forms of power on earth are solar and wind, and they’re getting cheaper and cheaper…

Now by no means am I saying that sustainable technology hasn’t advanced since then, but it does beg the question that if technology in a time before boilers and radiators can pave the way for decades of climate-conscious activity;

What problems could sustainable technology solve in today’s world?

I mean going beyond the ‘cool factors’ so commonly associated with innovations and diving into the depths of sustainable technology that actually has real potential in helping cities combat climate change.

Which got me thinking about a topic that’s on everyone’s mind right now; the UN Sustainable Development Goals.

How can we reverse decades of unsustainable living by 2030?

Many naysayers claim we can’t, but it’s the idealists that imagine the London of 2030 being full of autonomous cars and run by robots that I find the most unrealistic.

I want to look at the specific objectives of a single goal and to discover and discuss insights and actions that can allow both global corporations and everyday individuals to make a difference.

The goal in question; Climate Action. Which has been broken down into three main focus-areas to meet the goal by 2030;

The challenge: The rapid and often unplanned urbanisation witnessed worldwide has led to increased pressure on the environment. We’ve already seen the benefits of green city spaces which include promoting biodiversity, defusing heat in urban areas and even reducing the amount of air pollution in cities.

Take the Foret Blanche project in France for example, which aims to build a 54-metre vertical forest full of wild and diverse plants, flora and vegetation. On the other side of this, you can look at smaller actions that people can take in their day-to-day lives; such as home automation to save power consumption through smart lighting and electronic devices.

Or along the same lines of lifestyles; take a note from LUSH’s book and use mobile technology to replace the need for packaging and reduce the plastics that end up in our oceans.

An example of one organisation in a larger recent trend that’s seeing commercial brands taking to climate action and combating their impact on the environment.

Cities will begin using technology to manage self-sustaining green areas, while also adapting the way we do certain things like shopping and traveling in urban areas.

The challenge: Our cities account for up to 80% of energy consumption as well as 75% of global waste and carbon emissions. Living in a connected city

For me, the use of sustainable technology in this instance is most plausible when we look at the efficiency of manufacturing and distribution.

Be it factories, warehouses or even server rooms; a great project around this idea was developed by DeepMind and Google, who implemented an AI that reduces the energy consumption in data centres.

With AI directly controlling the centres cooling systems, it can make predictions based on a combination of potential actions in the future and distribute the cooling mechanisms in the most energy-efficient way possible.

Over nine months, our AI performance increases from a 12% improvement (initial launch) to around 30%.

One of the biggest factors influencing climate change and global warming is deforestation. More specifically, the unsustainable extraction of natural resources.

Emerging technology in this area has the potential to put a stop to these practices by empowering businesses with the knowledge on their suppliers and mapping forests in the city and the wider world that are being illegally logged for things like palm oil.

As can be seen with the Global Forest Watcher app, which uses satellite data to identify and challenge illegal and unsustainable deforestation.

The technology will be used to identify and protect against unsustainable human activities (like deforestation), while automating processes to make the highest energy-consumers in cities more efficient.

The challenge: Due to the high concentration of people, infrastructure, housing and economic activities, cities are particularly vulnerable to climate change and natural disasters.

The solution: Protect cities which are important social, cultural and economic centres – from environmental and climate threats. Existing technology already empowers us with the use of disaster tracking, impact mapping and emergency alert systems like the GDPC emergency preparedness apps.

When I think of sustainable technology in this space, I’m not picturing physical machines protecting buildings or medical robots saving lives.

I think of systems that make lightning-fast decisions on the most effective way to manage and distributing aid and relief efforts. Although existing tech like mobile apps would seem like the easier way for cities and their communities to reduce the impact of disasters; it’s the use of smart sensors which sparks my interest the most.

These sensors relay information on their environment, and can be used to monitor the spread of wildfires, sense the presence of harmful gasses or even measure water levels during tsunamis.

In order to fully utilise sustainable technology in achieving the UN Sustainable Development Goals; in this case; protecting cities from environmental climate threats:

Technology needs to be implemented in disaster preparedness and response to make better use of resources and provide earlier warnings, offering almost immediate protection and recovery.

How can sustainable technology empower cities to combat climate change?

For any disruptive, sustainable technology to really take hold and be adopted by the masses, it can’t just be better than the systems in place that already exist.

The technology needs to have the potential to be cost and resource effective while being manufactured and distributed; for example it would make a huge difference if everyone automated their homes, but not everyone can afford smart lighting, heating and appliances.

It is not the strongest of the species that survives, nor the most intelligent that survives. It is the one that is the most adaptable to change.

For sustainable technology to fully reach its potential in supporting efforts climate change, we need everyone to get behind it; we need councils to build green spaces while businesses make processes more efficient and individuals take on more sustainable lifestyles.

Only through adoption at all levels of society can sustainable technology fully reach its potential in building climate-conscious cities of the future.

How Disruptive Technology Can Be Used For Good