The CUBIES: Celebrating 2019 in Style!

Lights glistening. Cameras rolling. Paparazzi nowhere to be seen... Last week we dusted our suits off for another CUBIES awards ceremony! This year’s theme - The Oscars. Here’s how the night went down. 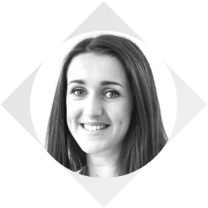 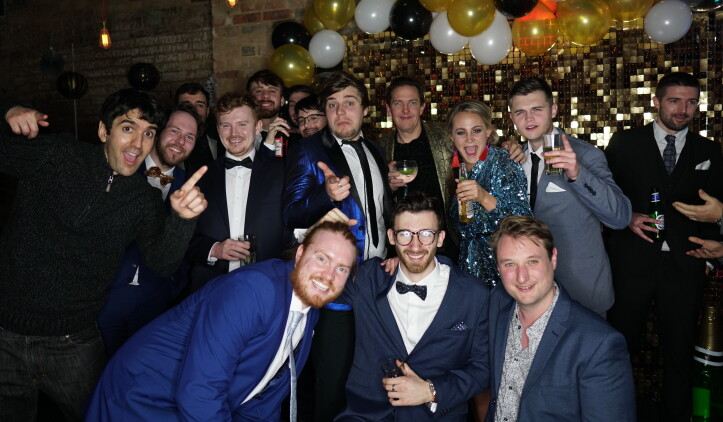 Another year... Another CUBIES...

For all The Office fans out there, you’re probably thinking of the much anticipated DUNDIES, but rather than inappropriate jokes and terrible karaoke, we focus on recognising members of the team for their outstanding work that’s gone above and beyond in 2019.

Many say that these kinds of internal events are simply ego-boosters, but the CUBIES tradition has always been a huge part of culture and life at CUBE.

Having launched a whole range of new projects including A Conservation App to Save our Forests, been named this year’s Agency For Good at the WireHive100 Awards, and launched Ignite For Change, a CUBE community backing our solution to the plastic crisis – the team had a busy year to celebrate.

The CUBIES aims to recognise the team for their exceptional efforts and achievements every year. From ‘Most Inspirational Human’ to ‘Hero of the Hour’ and ‘Ray of Sunshine’. Here are a few of this year’s categories:

Who brightens your day, motivates you and is your ray of sunshine?

There’s been a few… But what made you cry with laughter or made you feel a huge sense of pride?

3. The Newcomer of the Year

Who is the person who always steps in to save the day or has delivered a heroic moment this year?

Who is always calm in a crisis, can solve any problem and is indestructible in difficult situations?

6. The Project of the Year

Which project (win or delivery) from 2019 are you most proud of?

Who do you look up to, who inspires you to be better or is a great mentor?

Who’s got your back and has all of our best interests at heart?

Which member of the team most displays all our company values, living and breathing everything 3 SIDED CUBE? Rolling out the Red Carpet

With Friday upon us and an office full of buzzing Cubes, we sat down for a team lunch before hearing what we’ve coined ‘Past. Present. Future.’ to take a look and where we’ve come this year and what the next may hold for us.

After which our team of ‘Party Parrots’ got to the venue early to roll out the red carpet as the team jumped out of their limousines in tuxedos and ball gowns (okay, we may be slightly exaggerating there… but the theme is The Oscar’s after all).

We kicked off the night with a lite bite to eat and a few glasses of wine before our host for the evening, Rich Strachan called people up to the stage to announce the categories, finalists and winners.

And the winners are… Looks like all my Friday jokes paid off after all! This year’s Excellence in Entertainment award went to… You guessed it… Me! I’ll definitely be keeping a few hilarious jokes and activities up my sleeve for next year’s CUBIES.

One of my personal favourite award categories, the Most Iconic CUBE Moment is that flagship moment that made the team proud and honoured to be part of the CUBE family.

CUBE Weekend Away took home the trophy as the single stand-out event of the year! From nurdle-hunting to midnight laser-tag, it was an obvious winner.

3. The Newcomer of the Year

Oh so many new faces to choose from… Noah, our very own UX Designer, was crowned king in this category for introducing new UX design processes and making this area a key part of every project we work on. By far one of this year’s most competitive categories, Hero of the Hour celebrated PHP Developer Tom Yeadon, for his incredible efforts monitoring and maintaining our suite of disaster preparedness apps during Hurricane season.

This category probably sounds worse than it is… Back End Team Lead Adam Scholey was recognised for his cool and calm approach to any problem or challenge that faces him, always staying calm and collective when it matters the most.

6. The Project of the Year

One of the team awards which nominates the product or project that the team are most proud of. This year, it was our project with Global Forest Watch, developing the Forest Watcher conservation app that empowers anyone and everyone to help combat global deforestation.

Tim Matthews, our Mobile Team Lead was named Most Inspirational Human for all his efforts to share knowledge and encourage his team to go above and beyond what is expected of them.

The category with the most entries for sure, this year’s Greatest Team Player is Nikos, one of our Android Developers, for always putting his team’s interests first and fighting to ensure they live and breath the very best CUBE has to offer.

3 SIDED CUBE exists to champion Tech For Good and making an impact on a global scale in our guiding star. Who lives and breaths our mantra and embodies CUBE values in absolutely everything they do? FrontEnd Developer Kev, that’s who. An internal event at the heart of CUBE culture

CUBE Culture is rooted in using Tech For Good to change millions of lives for the better, and the glitz and glam of this year’s CUBIES is just the icing on the cake.

Earlier this year we set out for CUBE Weekend Away to spend a few days team-building in Devon, playing laser-tag, volunteering to help clean the beach along Woolacombe Bay and hosting our very first CUBECHELLA festival.

This month we’ve been busy fundraising, volunteering and donating for #CUBEMAS – our annual Christmas campaign, raising money for Julia’s House Children’s Hospice, including activities from a festive raffle to dressing up as a Polar Bear in the Christmas market. Whatever 2020 may hold for us, we know one thing; the team will be pushing themselves as a collective force for good, to live and breath our mantra and change as many lives for the better as we can.

Culture at Cube: a Weekend to Remember

Up Next
Join the gang
We use cookies to ensure that we give you the best experience on our website. Read More
ACCEPT ALL COOKIESSET COOKIE PREFERENCES×
Manage consent